The Valuable Estate Planning Lesson I Learned at a Funeral 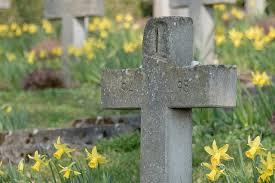 I have attend a few too many funerals lately. Not the kind of thing one likes to do or frankly expects to learn anything from – at least from an estate planning perspective. But just this past weekend I attended the funeral for a dear friend's mother, who I knew well herself. And while she did not have a large estate to deal with, she took the time to plan in a way that probably was much more important. She planned her funeral! Doing so is a tremendous act of foresight that eliminates any problems or confusion and relieves your loved ones of having to deal with the important details at a time when they are so less capable of doing so. This level of planning might not seem that insightful if the person knew they were dying or felt that the day was drawing near. But in my friend's mother's case, her demise was fairly sudden which makes the act of planning her own funeral that much more prescient. And she didn't just tell her family what she wanted, she actually wrote it all down and made sure they knew where and what were her instructions.

More people should do this. In fact, everyone should do this. It removes so many concerns and worries. It is such a gift to your family at a time they need it most. My friend's Mom worked out all of the major decisions ahead of time. I think the family decided amongst themselves as to the roles each would play at the service itself. But beyond that, her Mom worked everything else out for them. She decided what was to happen with her remains – a potentially contentious issue as her wishes were somewhat different from that which would have been expected from her religion and her culture. But even so, she worked out the proper compromise to allow for her wishes to be followed while still recognizing the likely desires of her family. She bought her own burial plot and allocated money to select a casket. She even went against the grain and chose a funeral home that she preferred rather than the one that had served the family and friends for years.

And in the end, she wrote her own obituary. In doing so, she was able to control the dialogue and make sure that what was important to her was shared in her passing. And in an act that was completely in keeping with her character, which probably would not have been articulated if someone else was writing the obituary, she asked that in lieu of flowers or gifts that people take a friend out to lunch and connect in a personal and intimate way. What an insanely great act of courage, kindness, and humility.

So Betty, I tip my hat to you! And will honor you by suggesting to all my clients in the future, that your estate plan is not truly complete until you finish your “Betty Plan” and work out all the details of your funeral ahead of time. We learn lessons in odd ways and in odd places. I never thought I would learn one so important at a funeral. Thank you, Betty. May you rest in peace!