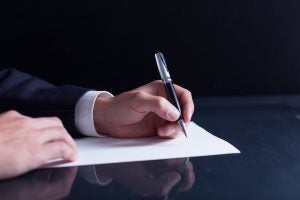 One of the simplest things you can do to protect your hard-earned assets and manage your estate is to review your beneficiary designations statement. If you do not keep them up to date, a variety of disasters can occur.

Three Women and a Man in a Coma

Let me tell you a quick story. Years ago, long before I became an attorney, an acquaintance had a terrible car accident and was in a coma in the hospital. He was divorced from a friend of mine and had remarried. After a while, he left his second wife for a girlfriend. The doctors said that he had little chance of recovering and so the question arose as to who could make legal and medical decisions on his behalf. As it turns out, he had updated his estate plan when he got divorced (on the advice of his attorney) and changed his Will, Power of Attorney, and Healthcare Directive to name his new wife as his agent and personal representative. But he hadn't made any changes when he left her for the new girlfriend. And it gets even more intriguing.

He was a fairly wealthy individual. And like a lot of high net worth people, the largest part of his wealth was in a series of investment funds. These funds had beneficiary designations associated with them identifying who gets that money if he should pass away. And guess what? He had never updated them so they all named the first wife as the sole beneficiary!! So let's review. The first wife gets the most money by far because she was the beneficiary named to his investment accounts. The second wife gets the house and some other stuff because she is named in the revised Will. And the current girlfriend gets nothing.

So the second wife seeks to use her agency under the power of attorney to change the beneficiary designations while her husband is alive so that she would get all of the investment money as well as the house and other stuff. The girlfriend then files a lawsuit claiming that he had told her he was changing everything over to her and that somehow she had a claim to the estate (although I never understood what was her basis for doing so). And then something interesting happened. The three women met as part of the litigation process and actually found out that they kind of liked each other. And none of them were really all that interested in getting into a long protracted legal battle. So they reached a compromise that essentially liquidated everything and divided it up equally amongst the three of them. Everyone was satisfied when the settlement agreement was signed and executed and all the paperwork completed to put the settlement into place. Not your typical happy ending, but one that everyone could live with.

Moral of the Story

The point of sharing this with you is to illustrate that an estate plan changes over time. And one of the easiest things to forget to do is to review and update your beneficiary designations as needed. The type of assets that typically includes a beneficiary designation include investment accounts, 401K accounts, IRAs, and other pension and retirement accounts. Payable on death (POD) designations for a bank account are essentially the same thing. The takeaway message here is to review those designations whenever something significant happens in our life – like a divorce, marriage, or death. Otherwise, a scenario like the one above could very likely happen to you.

Oh, and about that story. There was one more unlikely turn of events. All three women met one day at the hospital where the guy was being treated. I am not sure if it was because death was imminent or what. But there they were in his hospital room when lo and behold he actually starts to stir and come out of his coma. It got to the point where he was able to open his eyes and look about. Sadly, that moment was brief and he shortly thereafter succumbed. I believe that waking up out of a coma and seeing his two ex-wives and his girlfriend in the same room was too much for him. Who wouldn't close their eyes and let nature take its course under those circumstances?

If you want to know more about reviewing beneficiary designation statements, check with an estate planning attorney like The Tyra Law Firm, LLC. We would be happy to assist you.