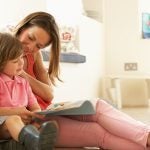 In Maryland, there are many situations where it becomes necessary to legally establish the paternity of a child. The process of establishing paternity can be initiated by either the mother, or a man who believes that he is the father. Once paternity is established, both parents will have the rights and responsibilities that come with parenthood including the right to spend time with their child, the right to make decisions (or contribute to making decisions) on their behalf, and the obligation to provide support. Read on to learn more about how Maryland establishes paternity.

When a couple is married at the time of the birth of the child, both parties are presumed to be the legal parents. There is no need to go through any legal process to establish legal paternity in these situations. Even if the parents weren't married at the time of the child's birth, but get married soon after, the process of establishing paternity is quite simple. The father and mother can acknowledge either orally or via written document that the man in question is the father.

In the event that parents aren't married, and won't be getting married anytime soon, things can get slightly more complex. When this happens, there are two main options available to the couple:

If both parties agree about who the father is, they will simply need to sign an affidavit of parentage. This is a legal document that states that each party acknowledges and agrees who the parents are, and that they will both have all the rights and responsibilities afforded to them under Maryland law. Signing this document must be entirely voluntary, so if there is any question about paternity in the minds of either party, it is usually best not to go this route.

In the event that one party doesn't believe that the presumed father is indeed the father, it will likely be necessary to involve the courts. Unlike the affidavit, going to court is not a voluntary process and everyone involved must show up when summoned. In most cases, the courts will require that the presumed father and the child(ren) in question take a genetic test.

Get the Representation You Need

If you have any questions about establishing paternity in Maryland, you do not want to simply sign any papers to avoid conflict. In addition, you don't want to represent yourself in courts. While this process often appears simple on its surface, there are a variety of issues and mistakes that can arise along the way. Having an attorney there to help you can ensure you don't run into any trouble. Since the outcome of this case will impact you for many years to come, this is not something you want to take lightly. Contact The Tyra Law Firm to schedule a consultation today.