Shacking Up? Protect Yourself! 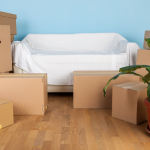 In my family law practice I am increasingly being asked to help couples develop a “no-nup” agreement – essentially a prenuptial agreement for couples that have no intention of marrying. It seems that this increase is caused by a) more couples simply putting off or eschewing marriage all together, and b) older couples who have been burned by divorce previously and want to avoid it this time around. In some jurisdictions (Virginia, for instance) same-sex couples who want some protections while they wait for the state to adopt same-sex marriage laws are drawn to a no-nup agreement. Essentially, a no-nup is the same as a pre-nup and generally provides for the distribution of property and an allocation of debt should the couple part ways down the road.

In an article that appeared in the New York Times, Frederick Hertz, a lawyer with offices in San Francisco and Oakland, Calif. suggested that such agreements fall into two categories: those that prevent couples from going after each other's assets if they part ways and those that provide financial security for the lower-earning partner after a breakup. I would agree with that assessment. It amazes me that couples very often ignore what would happen if their partner left them, died, or became incapacitated. Usually it is the woman in the relationship, but not always, that is left with no assets and no plan and no future when their partner leaves them. And for unmarried couples, the barrier to ending the relationship is lower and much easier to do absent such an agreement. I cringe when I hear of unmarried couples buying property together without an agreement as to what will happen if they are no longer together. And property includes an automobile for instance. I have had two cases where we have had to petition the MVA to remove someone from the title of the car so that the remaining individual can insure it, sell it, or whatever. Both cases were unmarried couples that jointly purchased the car.

The article in the NY Times points out that it feels a bit joyless and that the relationship can be influenced by its contractual nature and that romance is missing. But believe me, nobody remembers romance when you end up fighting in court as to who gets the house and who pays the credit card debt.