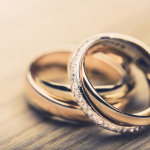 In recent years, prenuptial agreements have slowly begun to shake off their unwarranted bad reputation—no, they do not lead to divorce—and couples have started viewing these contracts as highly beneficial for their relationship. Also known as premarital or antenuptial agreements, couples sign these contracts prior to their legal union. The document dictates various financial terms for their marriage and for any potential dissolution of their marriage in the future.

Signing a prenuptial agreement provides couples with the opportunity to get on the same page regarding their financial expectations for marriage, and it is also simply a wise safeguard for the very real possibility that the marriage could end at some point, giving couples control over their financial future rather than leaving it up to chance.

There are many topics which can and should be addressed in a prenup. However, there are also a number of terms which cannot be included and circumstances which could cause the document to be unenforceable if it is ever challenged in the future. Below we have detailed some of the key prohibitions for prenuptial agreements:

While a prenuptial agreement generally provides a roadmap for many of the factors which must be determined in a divorce, such as the distribution of property, there are two key divorce elements which cannot be included or predetermined with a prenup: child support and child custody. In any Maryland divorce, the courts will make a determination regarding child support and custody based on the best interests of the child at the time, assuming the spouses are unable to agree on terms themselves. No prenup may dictate any stipulations or terms regarding how child support or custody will be handled in a potential future divorce.

Only financially related terms may be included in a prenup. You cannot, for example, create a contractual obligation to raise your children a certain way or practice a certain religion. Stipulations in a prenup which are not financial in nature will likely be considered unenforceable if ever challenged.

Though rare, if a court determines that a prenuptial agreement was extraordinarily unfair to one party, the entire contract may be invalidated. Thus, even if the prenup only included elements which are allowable, if the terms radically favor one party over the other, it may still be prohibited.

If one party to a prenuptial agreement signed under duress, such as under threat of harm or some other damaging consequences, the entire prenup will be considered unenforceable. Similarly, if one party was coerced in some way, such as providing an incentive for signing a prenup they otherwise would not have signed, this too may invalidate the contract.

There are many ways an individual may be considered too incompetent to be legally able to understand what they were agreeing to when they signed a prenuptial agreement. For example, they could have been drunk or had some other impediment such as a mental illness at the time. The courts would also normally consider any minor who signed a prenup to have been incompetent, thus voiding the terms of the agreement.

Each spouse must disclose all of their assets to one another in order to be eligible to sign a prenuptial agreement. If one spouse attempts to hide assets from the other, it would like invalidate the entire contract. Similarly, any other form of fraudulence or deception surrounding the signing of the prenup is prohibited and would cause the contract to be unenforceable.

Though Maryland courts will often overlook minor mistakes and rule in favor of the intent of the premarital contract, it may be unable to overlook major mistakes. If major errors are found in your prenup, it could cause the document to be unenforceable. This is one of the key reasons why it is so important to enlist the services of a skilled attorney if you are considering drafting and signing a prenup. Call The Tyra Law Firm today to learn how we can help!