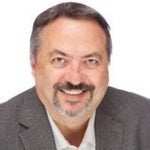 So who am I and what am I about? 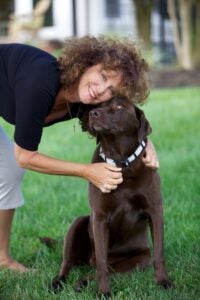 Noel and our dog Rosalind

First I was Noel's husband. I'm married (38 years and counting) to a long time resident of Rockville whose family goes back three generations.

Then I became Bernadette's dad. Seems like it was just yesterday but she is all grown up now, a graduate of the University of Southern California (Fight On, Trojans!), and a working stage actress in Hollywood. 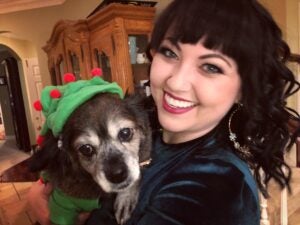 Bernadette and Lola the Wonder Dog 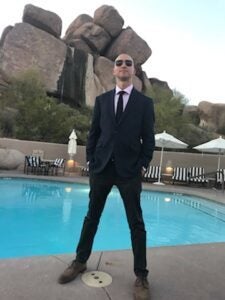 And then I was Clark's father. An outstanding soccer player and wrestler (captain of both teams), who is now a math and education graduate of the University of North Carolina-Asheville that currently resides in the beautiful downtown area of San Diego, CA.

So yes, my children are on the west coast and we are on the east coast. Lots of cell phone minutes and frequent flyer miles.

I went to law school late in life after success in several other careers. I started cooking for a living all over Annapolis when I was young. Then I spent 20+ years building systems for NASA and the DOD as an information systems management specialist (my undergraduate degree is from the University of Maryland). All the while I was a practicing martial artist and came to own and operate a highly successful martial arts studio (4th-degree black belt). Finally, I entered law school at The Catholic University of America here in Washington, DC. I did most of my intern work during law school at the Montgomery County State's Attorney's office before joining a small boutique law firm in DC (which has now become fabulously successful) doing personal injury law. In 2007 I left that firm to form my own solo practice. Since then, I have transitioned first to family law and now to primarily estate planning, probate administration, adult guardianships, and adoption.

Neil W. Tyra is a solo practitioner and the driving force behind The Tyra Law Firm, LLC. His practice focuses primarily on estate planning, probate administration, adult guardianships, and adoption. Prior to creating The Tyra Law Firm, LLC, Mr. Tyra was an attorney with the Washington DC firm of Simeone & Miller, LLP.  Before entering law school, Mr. Tyra had a long and successful career in information systems and technology management for some of Washington D.C.'s largest technology firms, including Computer Sciences Corporation.

Mr. Tyra is a graduate of the Columbus School of Law at The Catholic University of America. He received his undergraduate degree in Information Systems Management from the University of Maryland.

Mr. Tyra is also the creator and host of the popular podcast, The Law Entrepreneur. This podcast answers the questions “what they didn't teach us about running a business in law school”. The podcast is available on iiTunes and is heard throughout North America, the United Kingdom, and Australia to name a few countries.

Mr. Tyra is a long time supporter of soccer in the Washington DC area. He was an original investor in Major League Soccer and sat on the Board of Directors for DC United for the first four years of the team's existence. In addition, he is a former member of the Board of Directors for both Soccer '94 and DC Scores (the predecessor of America Scores). He is also the founder of the Kenshin Karate School and has been an active practicing black belt in Japanese karate for over twenty-five years. 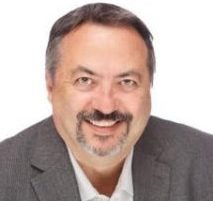