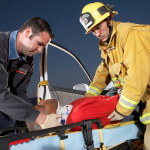 Negligence is a legal term that means that one party was careless or failed to act in a way that a reasonable person would act in a similar situation. Negligence is also a concept used to determine fault in personal injury and other types of legal cases.

Other states have a “comparative negligence” rule, which apportions the percent of fault between the parties. The victim is then only awarded damages based on the percentage of the accident that was not his or her fault. Other states have further limited this rule so that a victim cannot receive damages if they were more at fault than the other party as well.

An Important Exception to the Rule

No End in Sight to Maryland's Contributory Negligence Rule

Maryland's rule is considered controversial, but there does not appear to be any changes on the horizon regarding this law. Numerous measures have been brought before the General Assembly to change the law, but none have passed. Maryland's highest court also declined the invitation to change the rule in 2013.

If you have been involved in an accident, even if you think it may have been partially your fault, you can still receive a case evaluation to determine whether you have a valid case under Maryland law. Call The Tyra Law Firm to learn how we can help you pursue your personal injury claim and fight to get you the compensation you need and deserve.