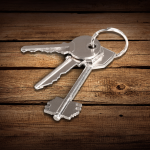 Even in the best of circumstances, going through a divorce is a very painful and difficult process. One of the most difficult, and often confusing, parts of a divorce is dealing with the division of assets. The laws governing the division of marital property vary from state to state, so it is important to know what to expect in Maryland.

Maryland is an equitable division state, a term which can often be misleading. Many people hear equitable and think it means that everything will be split up equally. Rather than splitting everything up equally, however, this term means that the courts will work to split everything up fairly, with the goal of ensuring both parties emerge from the divorce in as good of a position as possible.

Property Brought Into the Marriage

Another thing to keep in mind is that the courts will always look at what is in the best interest of any children involved. The parent who gets physical custody of the children will typically also be given the house where they live, and it may also impact which vehicle the custodial parent gets. Since children are seen as having no fault in the divorce, the courts attempt to minimize the impact the divorce has on them.

It is virtually impossible to split all the assets up in a way that will be completely fair to everyone. Judges can, however, use a variety of assets to help keep things equitable. For example, if one party gets the house, the other may get a larger portion of retirement accounts to help compensate. In most cases, neither party is going to be 100% happy with the results, but they will both be given a fair portion of the marital assets.

Working with an Attorney

The best way to ensure you and your ex are getting the things that are most important to you is to start by working outside of the courtroom. Using a mediator or other resource it is often possible to come to an agreement on some, or even most of the assets and how they should be split. This can help to reduce the amount of time you have to spend in court, save you money, and generally keep everyone happier. Contact The Tyra Law Firm today to discuss your options for mediation or other means of achieving a fair division of your property in your divorce.