Do You Advocate for Father’s Rights? 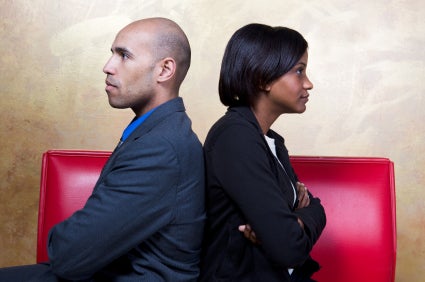 The other day I got a call in the office and the caller asked me just that question: “Do you advocate for father's rights?”

My response was “I advocate for parent's rights”.

I can't say I was surprised that the caller hung up on me. When you ask a question like that it signals that you believe there is an unjust tilting of the judicial process in favor of women. That perception, spoken with absolute certitude, has been expressed to me in my family law practice repeatedly. This latest caller is not the first potential client that I have lost over this issue and will not be the last.

Is there a bias against men in family law matters?

For the record, it is my strong belief based on a reading of the law and countless examples that I have witnessed directly or indirectly in the courtroom, that the law and the court go to great lengths to insure that no prejudice exists in favor of wives or mothers. Might there be specific cases in which a magistrate or a judge does favor the wife or mother? Of course. But I expect that the same jurist is colored by their own experiences in the courtroom.

And what has been my experience? It is that the overwhelming majority of shenanigans in my family law cases have been perpetrated by the husband or father. From hiding assets, to under reporting income, to screwing up visitation, to mean spiritedness, to plain old nastiness – the majority of the time in my cases or those that I have observed it has been the guy who is responsible. Have there been times where the woman has been just as underhanded? Absolutely! But in most cases it has been my fellow members of the male persuasion.

Where does this perception that there is an unfair playing field come from? Usually from the men supposedly victimized or else their male attorney who helps perpetuate that belief perhaps to deflect criticism of their own competency. I am still waiting for the client that says “I want to give more for child support because the guidelines aren't adequate for raising children in this area today.” Instead, there is a steady stream of fellows who fight tooth and nail to lower their child support payments to the point of absurdity. “I'm not going to pay her a dime in alimony!” is usually the opening position of most soon to be ex-husbands. Never mind that she stayed home, raised your children, forsaking her own career, so that you could devote your time to the office, golf, and “networking”.

There is a national law firm that advertises on sports talk radio here locally who positions themselves as the family law attorney for men. It is a brilliant marketing strategy capitalizing on this perception of inequality. And perhaps it is more the reality in other jurisdictions and states. They certainly are appealing to those receptive to that message as they have over one hundred offices spread out in nearly thirty states. But in my humble opinion, that just further perpetuates the belief that women are gaining an unfair advantage in family law proceedings. That certainly has not been my experience nor that of many of my colleagues.

So…for the record, each party – husband and wife, father and mother – has to be treated equally and fairly in family law proceedings. Contrary to what many might say, I think the law and the court go out of their way to do just that!

When legal matters affect you and your family, speak with an attorney at The Tyra Law Firm, LLC. Our firm offers a number of legal services, including Family Law, Estate Planning, Elder Law/Medicaid Planning, and Personal Injury. Whether you need help with a family law matter such as divorce, an estate plan, or help obtaining compensation for an injury, we are here to assist you. Contact our Rockville, Maryland law office at (301) 315-0811.