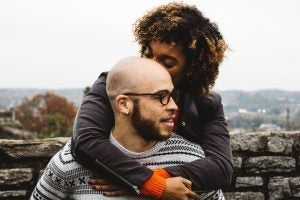 One of the most common legal actions taken before marriage is signing a prenuptial agreement, which typically defines the financial and property rights of each spouse in case of a divorce. Unfortunately, prenups have amassed a terrible reputation over the last few decades. Commonly associated with the rich and wealthy, prenuptial agreements are usually seen as a lack of trust between marrying couples. This has prevented many people from taking advantage of their numerous benefits. Here are 5 lies you probably believe about prenuptial agreements.

1.  Prenuptial agreements are only for the rich

Prenups are often used by wealthy spouses to protect their assets, but they are not exclusive to the super rich. Modest families can also use them for various purposes. For instance, a marrying couple with children from other relationships can use a prenuptial agreement to determine how their property will be passed on when they die. Some people also use them to simply clarify their financial rights and responsibilities during marriage. Others turn to prenuptial agreements for protection against their spouse's debts, among other things.

2.  Prenuptial agreements increase the chances of a divorce

Some people believe that signing a prenuptial agreement indicates uncertainty, and that it is a recipe for failure in the marriage. Unfortunately, it is very difficult to predict the future, and the unfortunate can happen anytime. Those who favor practicality consider prenuptial agreements to be a good backup, giving you a sense of security no matter what happens.

State laws govern the validity of prenuptial agreements and whether or not to enforce them. There are certain instances when the validity of a prenup might be called into question, like if the spouse was forced into signing the agreement or if it contains false information. When this happens, a trial may result. Witnesses are called and evidence is presented. If it passes the basic requirements for prenuptial agreements, then it can be enforced.

4.  Having a prenuptial agreement means you don't trust your partner

Some couples actually demand a prenup for precisely this reason, but that is not the default reason for signing one. For most people, prenuptial agreements are meant to define their financial responsibility in the marriage, to maintain control over their assets, and to clarify inheritance issues after their death. Therefore, creating a prenup does not necessarily indicate a lack of trust. On the contrary, you need to be able to trust each other enough to comfortably discuss such an issue.

If you need to create a prenuptial agreement, protect your assets, or create a solid financial plan for your loved ones, you can count on the Tyra Law Firm. We can guide you through the drafting process and help you secure your legacy. Call us today at (301) 315-0811.